We Guarantee Your Home Free Of Pests

Ways We Do Pest Control Treatment 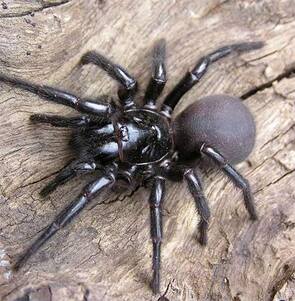 Where do Sydney funnel-web spiders live?
Sydney funnel-web spiders live in and  around Sydney, in New South Wales, Australia. They live in small, neat holes  lined with a collar of silk. The holes are made in shady
places under rocks,  shrubs, logs and leaf litter. Silk threads lead away from the entrance to the  burrow. These are trip lines and when prey walks into them, the spider dashes  out of the burrow to grab it. The spider bites the prey and takes it back into  the burrow to eat. Funnel-web spiders prey on and eat beetles, cockroaches,  insect larvae, snails,millipedes and sometimes even small frogs and lizards.

Life Cycle
A female mates with a male spider and then lays from 80 to 200 yellow-green eggs, which she wraps in a silk egg sac. She keeps the sac inside her burrow and guards it until the young spiders, called spider-lings, hatch about three weeks later. The spider-lings share their mother's burrow for a few weeks before wandering off to find a place of their own to live. Males die a few  months after mating but females can live and breed for several years.

Can funnel-webs swim?
Wandering funnel-webs spiders often fall into backyard swimming pools and they can stay alive for hours. They can't swim but they can trap a small bubble of air in hairs around the abdomen, which aids both breathing and floating, so it should not be assumed that a spider on a pool bottom has drowned. As they gradually get waterlogged, their buoyancy decreases and they eventually sink and drown.  Funnel-webs have been known to survive 24-30 hours under water.

Can funnel-webs jump?
Despite what many people think, funnel-webs can' t jump. However they can move quickly, and they will rear up when irritated and make sudden lunges when striking
Call Us Now
Our Customer representatives
are ready to provide you with the best deals and options